The sculptural form of Wadden Sea Centre rises from the marshlands of Denmark’s West coast, offering a contemporary interpretation of a traditional local craft and creating a landmark gateway to the surrounding landscape. Dorte Mandrup Architects have aspired to embed the building in its context, through its materiality and construction as well as in the thresholds between internal space and the external environment.
The project updates and extends the original Wadden Sea Centre, greatly increasing its exhibition capacity to offer an extensive introduction to Denmark’s largest national park, a UNESCO World Heritage site which accommodates 15 million migratory birds each year. The building’s central aim is to create awareness and understanding of these nearby marshlands, and its architecture therefore has a direct relationship with this vast and horizontal landscape whilst standing out as a landmark within it.

"We decided that the building should be sculptural and embedded in the environment so it appears as though it has emerged from the ground," said studio founder Dorte Mandrup.
The building is dominated by a sculptural thatch roof that rises from the ground, enclosing much of the building before opening up to an entrance at its highest point. The thatch, harvested from local wheat fields, folds into generous overhangs and then into walls, creating a singular, horizontal and monumental form. Whilst the resulting building appears somewhat introverted and enclosed in its expression, the thatch offers a tactility and variation which breaks down its mass and provokes a strong impulse to touch. This sense of intrigue is central to the project’s success - its materiality is at once familiar, resonating with a local vernacular, yet distinct, taking on a new form and hosting a public function.
"Even at first glance the Wadden Sea Centre gives the impression of a building that has emerged from the ground, drawing a soft, long and clear profile against the Wadden Sea's infinite horizon," Dorte Mandrup.
"In almost every way we have aimed to root the building in the local surroundings and nature so that visitors are able to have a complete experience by visiting the Wadden Sea Centre.”
The building’s material qualities pay homage to traditional regional craftmanship, but its form also provides a continuity with the farmhouse vernacular of the area, defined by four wings bordering a central courtyard. The three wings of the original centre were transformed and extended to resemble this vernacular, providing much needed protection against the bitter winds that affect the isolated site. The sheltered courtyard connects the various wings of the building, offering visual orientation and interludes in the exhibition route.
​​​​​​

The bright and polished exhibition spaces are in stark contrast to the tactile qualities of the external materials - whitewashed walls and ceilings provide sculptural but undefined rooms which reinforce the building’s sense of introversion and the division of internal and external space. Whilst the interactive exhibition design provides a fascinating introduction to the nearby marshlands, a journey through the building seems to be progressing towards a symbolic reconnection to the surrounding landscape yet never quite finds it. This is exemplified by a window in one of the Eastern gallery spaces, which brings in daylight but is too low to offer any meaningful connection to the terrain outside.
Openings to the courtyard provide a more direct relationship with an external environment, with the wall line folding in from the eaves of the thatch roof to create generous overhangs and sheltered thresholds. The courtyard therefore becomes a mediator between the protected introversion of the exhibition spaces and the rugged landscape that it documents - a curated and scaled representation of the marshlands through its careful landscaping, bird boxes, installations and the like.
The courtyard, and the building as a whole, acts as a gateway to the Wadden Sea National Park, and should therefore be judged in its ability to support and enhance one’s understanding and experience of the surrounding landscape rather than in the extent to which its architecture and physical context become symbiotic. Dorte Mandrup Architects have successfully crafted an architecture which offers a continuity with local vernaculars and traditions whilst fulfilling its need to be a unique, intriguing and contemporary landmark. ​​​​​​​ 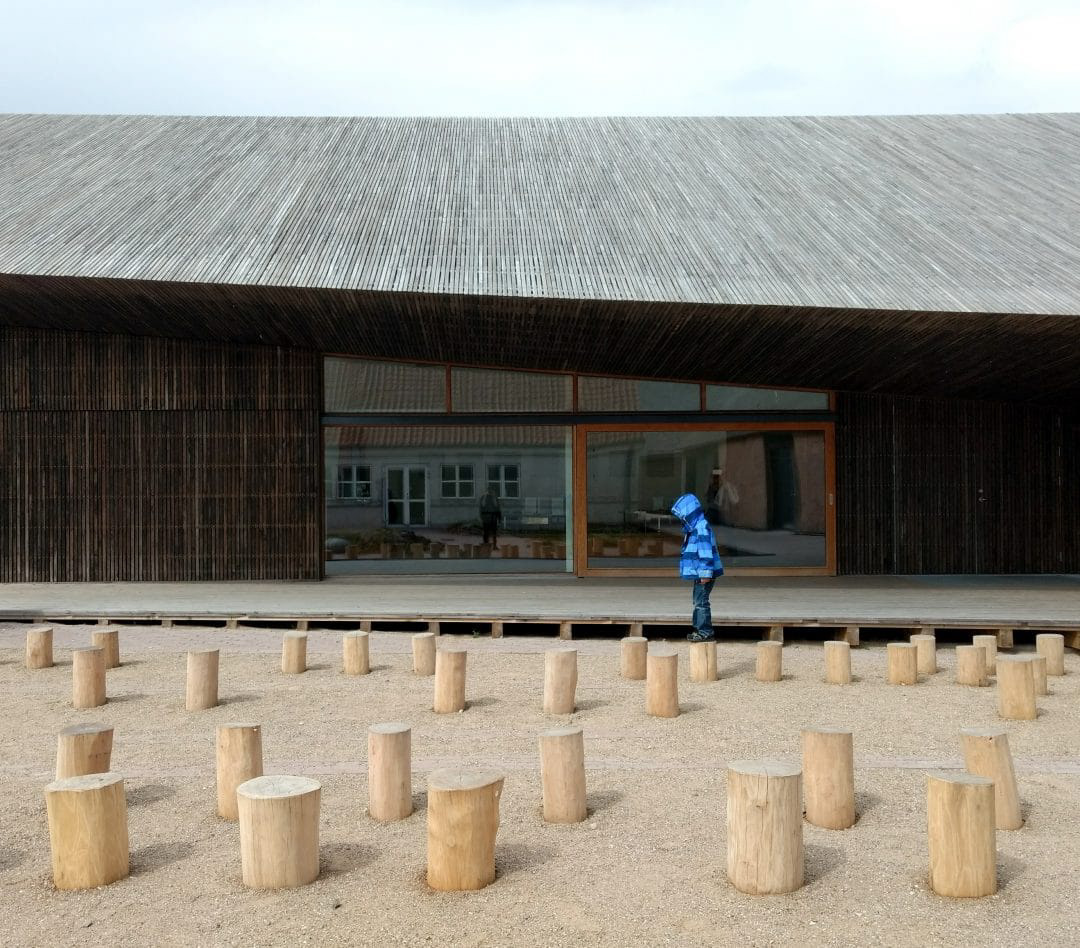 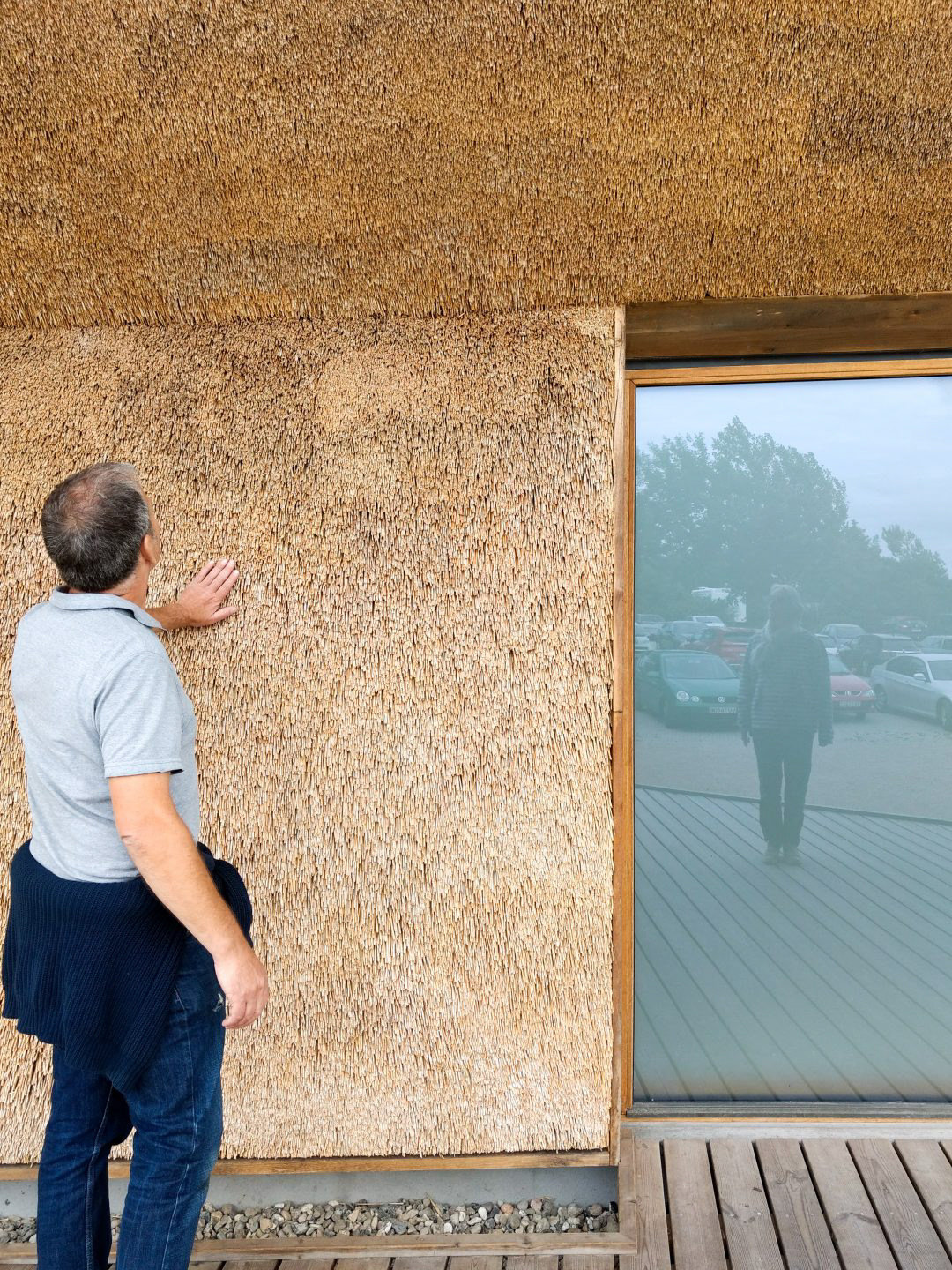 This article was originally published on arcspace.com.
All photographs © Benjamin Wells 2018.

A State of Isolation

Towards an Agonistic Urbanism

Civic Infrastructure
↑Back to Top